Nick Mothershaw is Chief Identity Strategist at the Open Identity Exchange (OIX), a non-profit trade organisation on a mission to create a world where everyone can prove their identity and eligibility anywhere through a universally trusted ID. 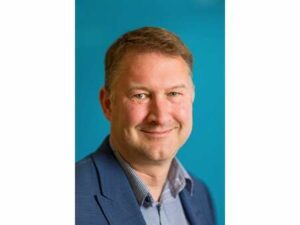 The world is only a couple of years away from a full digital ID reality. Several conditions have either matured or developed rapidly over the past year bringing digital ID to a tipping point. And yet there are still tens of thousands of organisations that have not started preparing for it. There is still uncertainty among those organisations that will come to rely heavily on digital ID about the practical elements of how it will work, how it will be managed, what information they can access and how safe it is. And this is causing hesitation.

Although digital ID has been developing over the last 15 years, it has been the pandemic that has sped its journey into a reality. Everything that could be moved online was moved online. Organisations were pulled into a full digital existence and most were not yet ready for it. Many are still catching up even now. With the majority of transactions and interactions with organisations now taking place digitally, security has become vital and the need to confidently ensure customers are who they say they are, has become urgent.

As such we are seeing a greater number of physical ID documents and credentials, including passports and driving licences, becoming more readily available in digital form. Two powerful examples of this in the UK have been the vaccination certification, which is now presentable electronically in the NHS app and Open Banking, which has introduced banking information into this ecosystem enabling people to prove who they are.

When it comes to authentication, verification and identification, biometrics are now viewed as the most sophisticated technologies in this space. Compared to more conventional authentication methods, biometrics are intrinsically linked to an individual person, so cannot easily be compromised through theft, collusion or loss. In addition to its everyday use in unlocking phones, biometric technology is being used in major airports around the world to verify passengers’ identities. The use of the technology is now widely accepted.

Major stakeholders across borders and across sectors have all been pushing for digital ID adoption.

The value and potential of digital ID has been on the radar of technology giants for years, and has been gathering momentum with billions of dollars being invested in this space. Innovation has moved at a rapid pace and the cost of technologies has continued to come down.

Trust Frameworks are being developed by governments around the world to provide clarity around proofing, verification, security, technical standards, certification, liability and compensation. These Trust Frameworks will play a crucial role in enabling trust amongst all the parties involved in the digital ID ecosystem and alleviating many of the concerns around the adoption of digital ID.

There is growing acceptance in high trust areas of the benefits and security provided by digital ID. Its use is already approved in anti-money laundering and terrorism legislation, for example. In the financial sector, where organisations must satisfy Know Your Customer rules to verify the identity of individuals opening an account, digital ID will play a vital role, enabling them to onboard customers remotely in a secure, efficient and compliant manner, as well as significantly cutting the costs associated with authenticating customer identity.

The perceived barriers to adoption have already been or are being addressed through these key drivers. But this fact is lost in the vast amount of digital ID noise now taking place.  Both media and events are exploring the topic at an academic level and solving problems around digitalisation. There is a need for more initiatives that will provide clarity for parties considering the adoption of digital ID and answer questions about the reality of digital ID.

There are many benefits to be gained by adopting digital ID, including a better user experience, streamlined operations, easier compliance, heightened security, reduced fraud, and cost efficiency. But if organisations don’t start preparing now, they will very quickly find themselves racing to catch up with those organisations that have.

57% of recruiters turn to job boards amid longstanding talent shortages

Utilising AI in a post-Covid-19 world

Revolutionise using the innovations of Fintech

May 31, 2022
We use cookies on our website to give you the most relevant experience by remembering your preferences and repeat visits. By clicking “Accept All”, you consent to the use of ALL the cookies. However, you may visit "Cookie Settings" to provide a controlled consent.
Cookie SettingsAccept All
Manage consent