Steven Bartlett, the founder of Social Chain (with a market valuation of over $600m), and the youngest investor on BBC’s Dragons’ Den, along with Oliver Yonchev, former Managing Director of Social Chain, today launch Flight Story – a world first in-house communication and talent platform that provides public companies with the people, process and technology they need to build a resilient retail investor community around their story.

Technology has democratised finance, making markets more accessible to everyone. This access and other macro factors like the rise of engaged social media communities, the introduction of 0% interest trading apps and the explosion of crypto currencies has acted as a gateway to investing. Now, for the first time in history, a new generation of investors have come together to create a new paradigm shift in investing as a whole, a generation who has both the appetite and tools to buy and sell company stocks from the palm of their hand, and social media communities have become the most effective way to inform their investing decisions. “Hedge funds wouldn’t have imagined a world where 16 year olds are giving investment advice to other 16 year olds via TikTok!” Steven says.

An individual’s influence is limited, but collectively, the retail investment community has the power to move the market. “Retail investors are not just a tiny subset of the market, they are a growing, engaged, loud and collectively incredibly influential group. A group that recent history shows us can single handedly decide the fate of a business – Ignore them at your own risk”says Oliver.

According to the London Stock Exchange, there has been over 100% increase in US retail trading from 2019 to 2021, which means retail traders now account for almost as much volume as mutual and hedge funds combined. This is expected to continue growing as 30m US retail investing accounts opened in the first 12 months of the pandemic.

Retail traders gaining influence was spotlighted last year during the Reddit and GameStop saga, where we saw retail investors in the “wallstreetbets” Reddit chat room unite, acting as a union by piling into shares and calling options. This resulted in GameStop stock rising 1,500% in just two weeks and a major hedge fund that had bet against GameStop head for bankruptcy.

“I feel like I had no choice but to launch Flight Story,” says Steven. “Over the last two years I’ve been peppered with phone calls at an alarming and increasing rate, from pre-IPO and post-IPO companies that were starting to realise that if they didn’t have a social media and communications strategy in place, or the right talent in-house, there was a existential risk to their IPOs. It might sound crazy, but I had phone calls from family offices that were telling me they now believe a successful TikTok strategy could sway their market cap by billions!This is the world we’re living in, if you’re a public company and you don’t understand the opportunity and value of these social media platforms, and how they’re influencing – directly and indirectly the performance of your share price and of your public opinion, then you need to turn the lights on because you’re driving in the dark, and sooner or later you’re going to crash.

This shift presents huge opportunities for public companies to get the credit they deserve, but it also presents a whole range of new challenges. Flight Story will help companies face these new challenges. Today companies that can effectively tell their story at scale on social platforms win, and those that don’t fail. We know that telling stories on the internet is a modern day superpower for those with expertise and willingness to do so. It sounds crazy, but I would bet against any public company that doesn’t have someone in their business that understands the power of TikTok.”

Flight Story is not an agency. Unlike the traditional agency model, Flight Story puts the people, processes, and technology within your company’s walls, whilst offering direct access to Flight Story’s world leading global creative and public relations firm, ultimately providing a more effective sustainable solution. “I have to be honest, the traditional agency model is broken and built on dishonesty. Having run one of the biggest global social-first marketingagencies, we were not incentivized to act on the client’s behalf – the traditional agency model requires you to hold your clients ransom, by retaining the value, talent and knowledge they need, and to charge even greater retainer fees to access that value – we oppose this model” says Steven. Flight Story have hired some of the world’s leading specialists across the marketing, consultancy, technology and financial landscape, to create a service platform that provides:

With a new frontier of considerations for public companies, it’s clear there’s an extensive demand for such services, as Flight Story is already on track to deliver 8 figure revenues in its first year, having generated more than £6million in revenue in its first 2 months. Steven suggests “I’ve seen too many great companies fail with their public market journey because they did not appreciate or understand the opportunity social media presents them, Flight Story fixes this”.

“After the global success of Social Chain, working closely with Steven again to launch a world first, new venture together, and with an incredible team is truly an honour” says Oliver. 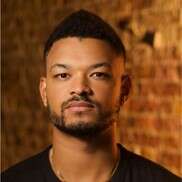 Born in Botswana and raised in Plymouth, UK, Steven Bartlett founded social media marketing agency Social Chain from a bedroom in Manchester. This university drop-out built what would become one of the world’s most influential social media companies when he was just 21 years old, before taking his company public at 27, now with a market valuation of over $600m with offices in London, Manchester, Berlin, New York and Los Angeles.

Bartlett acts as a speaker, investor, author and content creator, he’s released a Sunday Times bestselling book ‘Happy Sexy Millionaire’ and hosts a weekly no.1 Business podcast – The Diary of a CEO – from his East London studios. This year, Bartlett has made history as the BBC’s youngest Dragon in the 19th series of Dragon’s Den representing a new generation of entrepreneurs from disadvantaged and under-represented backgrounds.

Oliver Yonchev is a marketeer, entrepreneur and public speaker. He’s been at the forefront of digital marketing and creative services for almost a decade – supporting the management teams of Amazon, Apple, Coca-Cola, TikTok, Twitch, Disney & Uber to name just a few.

As former Managing Director of the social media marketing business, Social Chain he led the US arm of the business helping the company transition from a UK start-up, to a global $600m+ public company. Now as COO and co-founder of Flight Story Oliver is responsible for  leading the global delivery of the operation.

Fed keen to be ‘well positioned’ to act...

The coming of age of UK fintech: driving...

Four ways banks can reduce costs in the...

Five things you need to know before sending...

The evolution of banking: then, now and beyond

July 2, 2021
We use cookies on our website to give you the most relevant experience by remembering your preferences and repeat visits. By clicking “Accept All”, you consent to the use of ALL the cookies. However, you may visit "Cookie Settings" to provide a controlled consent.
Cookie SettingsAccept All
Manage consent