Payment Fraud in the UK: How Open Banking can help 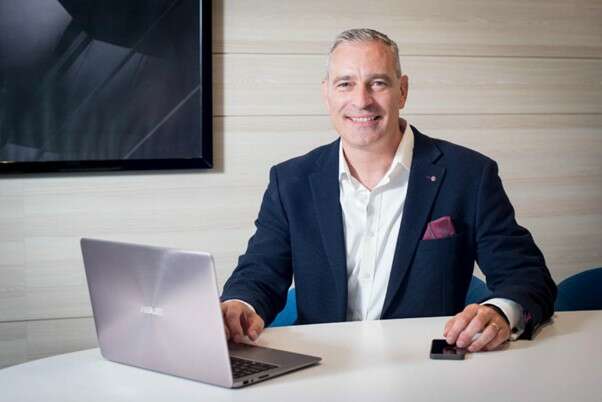 The pandemic has given rise to further payments innovation from some of the UK’s best financial minds. However, it has also meant that with new payment methods available to the masses, fraudsters have had their pick of payment systems to target. With £4 million being stolen daily via fraudulent attacks in the first half of this year alone, it’s clear the industry must look to the latest technologies to combat this prevalent issue.

One key piece of the fraud reduction puzzle is Open Banking. By using data in a safe, secure, and convenient way, consumers are better able to manage their finances and businesses benefit from better payments solutions. Ironically, opening up banking data could prove to be safer than it may sound and help to stop many fraudulent attempts.

Fraud in an increasingly cash-less society

The pandemic played a large part in the increasing popularity of contactless and digital wallet payments, with one in five (20%) consumers reporting to have used a digital wallet for the first time, or started using one regularly, in 2020. However, fraud’s impact on the newer payment methods has been apparent since well before the pandemic, with contactless fraud cases doubling within 10 months back in 2018.

Bank transfer fraud, also known as authorised push payment (APP) fraud, cases have been some of the most prevalent during this pandemic. There are a few different types, though they usually involve scammers lying about their identity to trick victims into revealing banking information or transferring money to them. APP fraud cases, which originate from scammers posing as banks, solicitors, the NHS, Royal Mail or official bodies such as the HMRC, increased by 123% this year compared to the same period in 2020. Investment scams offering high returns for investors due to the increased popularity of retail trading in the past few years, also intensified this year. The most common fraudulent attempts, however, were purchase scams, which usually involve a website or platform where goods or a service is advertised and can be paid for, but is never received by the victim who paid for them.

With fraudsters having taken advantage of the pandemic, fraud in the UK now “poses national security threat” says the banking body UK Finance. Financial institutions must intensify their efforts to find a way to fight this.

Fraud is a constant game of cat and mouse for the financial industry, which must stay one step ahead to protect both consumers and businesses. In 2019, most UK banks signed a voluntary code, with the aim of taking proper steps to protect customers from fraud and reimburse those that aren’t to blame for falling victim to a scam. The code has multiple rules which require banks to, educate their customers on APP scams, provide effective warnings when APP scam risk is identified, identify high-risk payments and vulnerable customers, act quickly when scams are reported, and take steps to stop fraudsters from being able to open fake bank accounts, amongst other requirements.

Though this code is a sound way of helping with the fight against fraud, when looking at recent fraud case numbers it is clear it alone is not enough. Recently, a new fraud hotline has been announced which connects potential victims with their bank’s fraud prevention service to get help as soon as they identify something is not right. While this additional support is useful, it is still only a small piece of the puzzle which offers no protection to stop fraudsters before the offence is committed. Payment regulators and financial institutions must embrace the latest technologies to also proactively protect customers and businesses from attacks.

Why Open Banking can help

Since its launch in 2018, the adoption of Open Banking in the UK has not been as quick as people expected. Many raised concerns over the large amount of data being shared for it to work and the lack of protection that might be present when done so. However, what most fail to realise is that the added security that comes from adopting Open Banking is one of the bigger pieces of the puzzle when it comes to dealing with payment fraud.

Open Banking payments are made using Open Banking APIs built by the banks in partnership with innovative fintech companies, which are made to be as secure as possible. Each individual payment requires a specific and unique authorisation token which cannot be replicated or used again. Even with recurring payments such as standing orders, tokens can be revoked immediately if there is any sign of suspicious activity. Inputting card details is not always needed due to Strong Customer Authentication (SCA) software being built into the system, allowing confirmation of payments via native bank applications. These applications also have their own security systems such as Multi-Factor Authentication (MFA), which uses fingerprints or facial recognition to ensure security. Moreover, Open Banking uses 3D Secure 2.0 on all its transactions. It is an additional two-step authentication protocol that ensures it indeed is the customer who is making the payment. This means that a potential attacker would have to defeat both the banking authorisation and the additional 3D Secure protocol.

At the moment, only 14% of consumers completely understand Open Banking and 48% have some level of confusion about it. Therefore, it may be a while before we actually see the wide-reaching benefits of its adoption within the fight against fraud. With its added levels of security however, Open Banking is a revolutionary payment system which with the right education from banks and fintechs can be useful for both consumers and businesses when protecting against fraud – while also offering more control over their payments journeys.

BIAN Defines the Future of Banking with Development...

Rouble weakens sharply from over 2-year high vs...

Tackling the enormity of open banking

October 14, 2021
We use cookies on our website to give you the most relevant experience by remembering your preferences and repeat visits. By clicking “Accept All”, you consent to the use of ALL the cookies. However, you may visit "Cookie Settings" to provide a controlled consent.
Cookie SettingsAccept All
Manage consent